A brief summary of how things went adding a drive to my Synology DS1621+ NAS.

Earlier this month I took delivery of my first Network Attached Storage (NAS) device - a Synology DS1621+. It has 6 drive bays. Note that you can sort of tell this from the model number:

Thanks to Frank for answering all my early questions on Synology NAS systems.

I bought two Seagate IronWolf 4TB drives. I knew I wanted to go for the Synology Hybrid Raid (SHR) disk arrangement (this has many advantages that appealed to me, not least the ability to add different sized drives in the future).

SHR requires at least two drives, which is why two was the minimum purchase that made sense. But I also bought a couple more, a week later. It's amazing how cheap, relatively speaking, spinning disk storage has become.

With the initial two drives, I'd set up a storage pool, following the instructions (it was pretty straightforward). Here's what the status of that storage pool looked like: 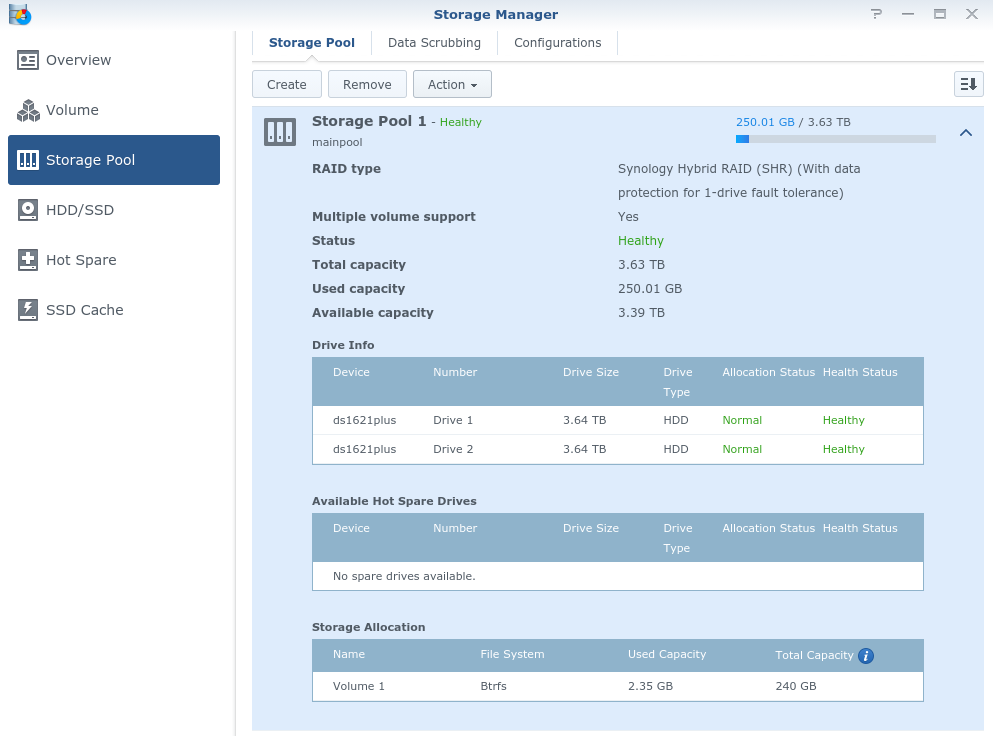 There are a few things that are worth noting here:

Now the second two drives have arrived, I decided to add one of them to the existing storage pool. I'm thinking of using the second one as a "Hot Spare" and seeing how that goes, but that's for another time.

So I added it to the caddy: 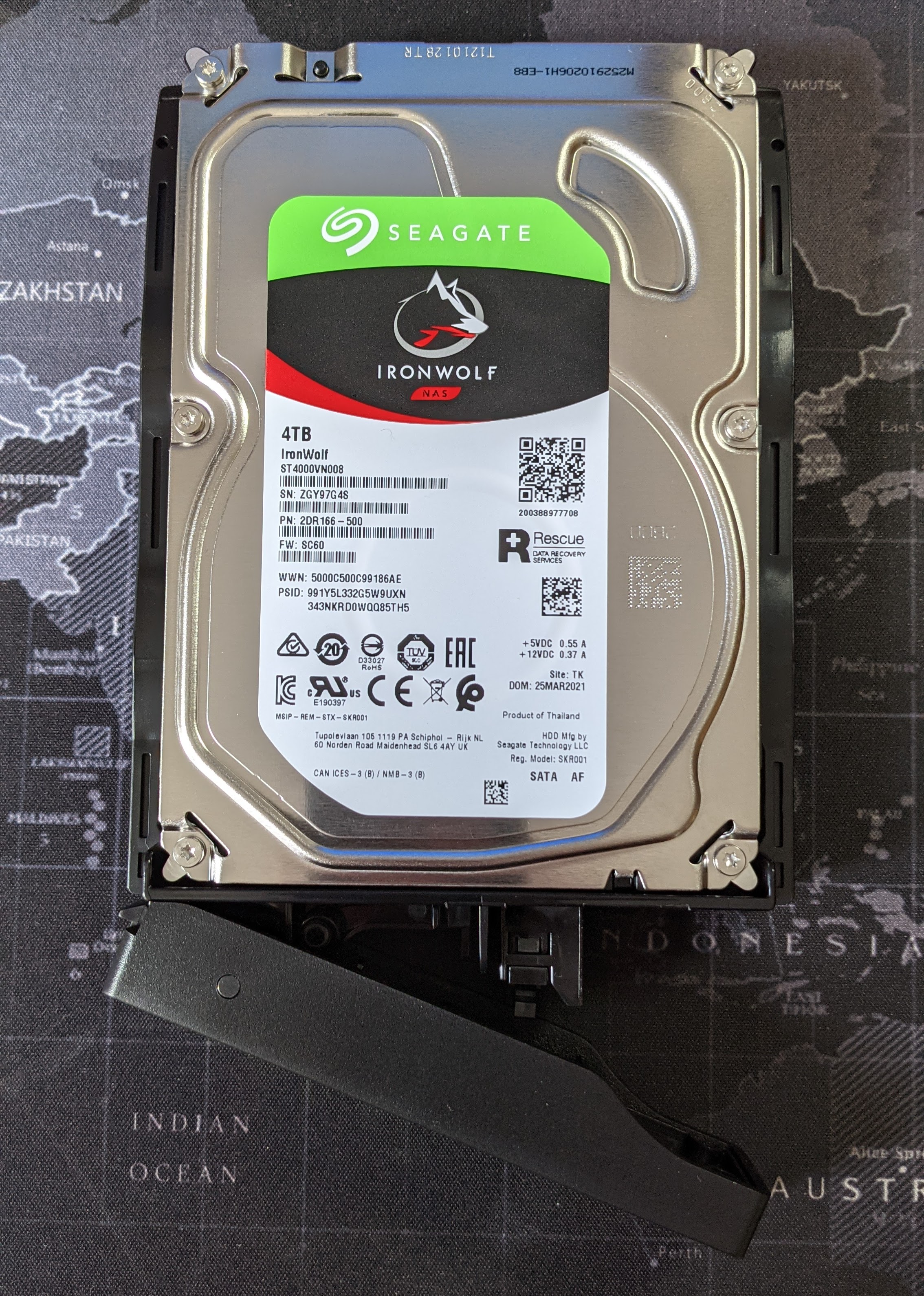 I checked the specifications of the DS1621+ and noted that it supported hot swapping, so I could insert the drive and caddy back in as the device was running, which I did: 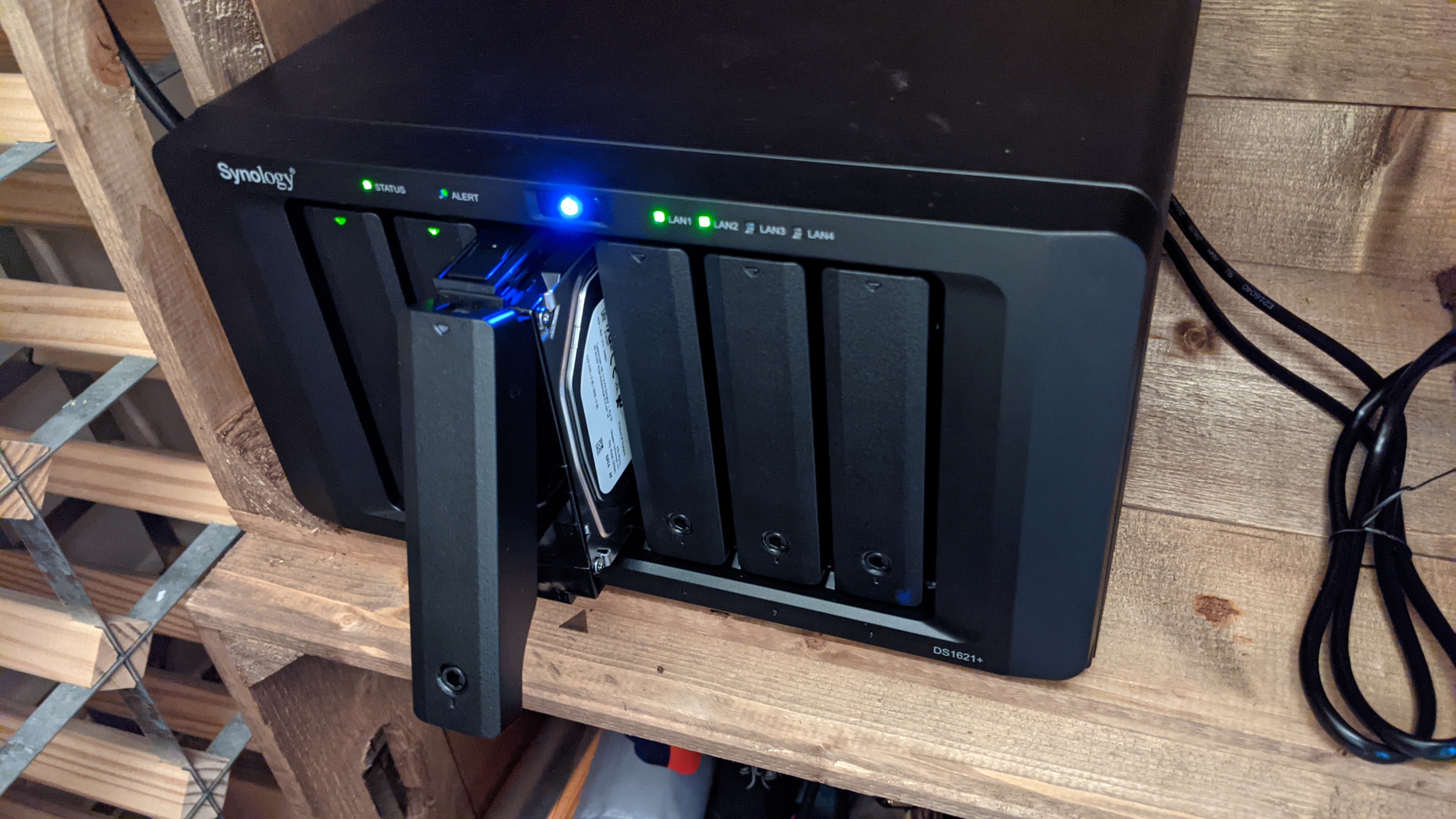 A few moments later, I re-checked the storage manager and it showed me the new drive: 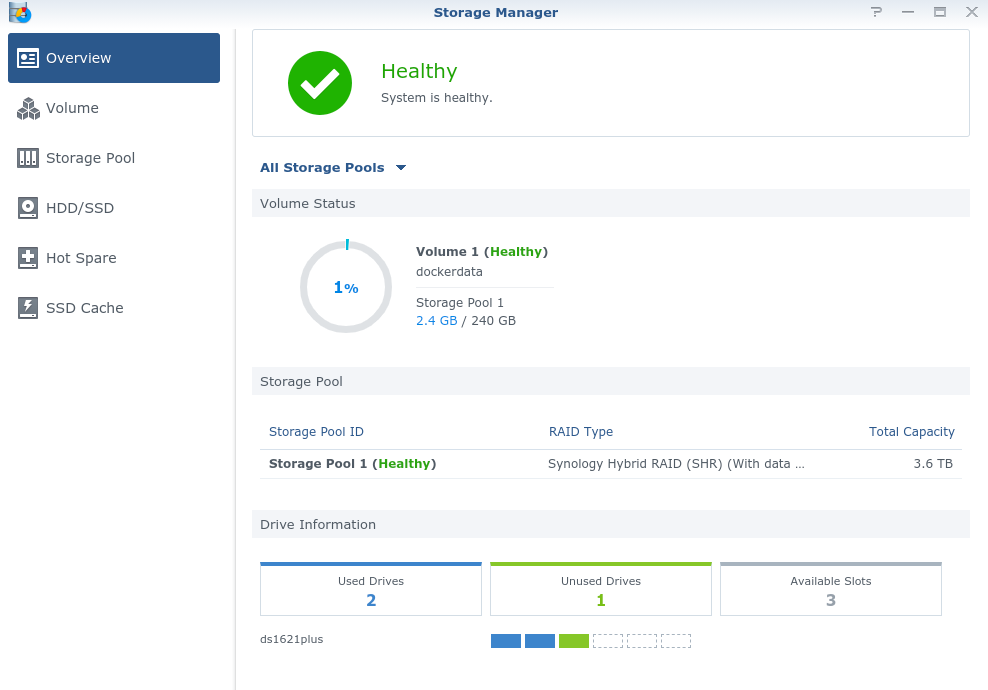 Here's the newly inserted drive in a "Not initialized" state in the HDD/SDD list: 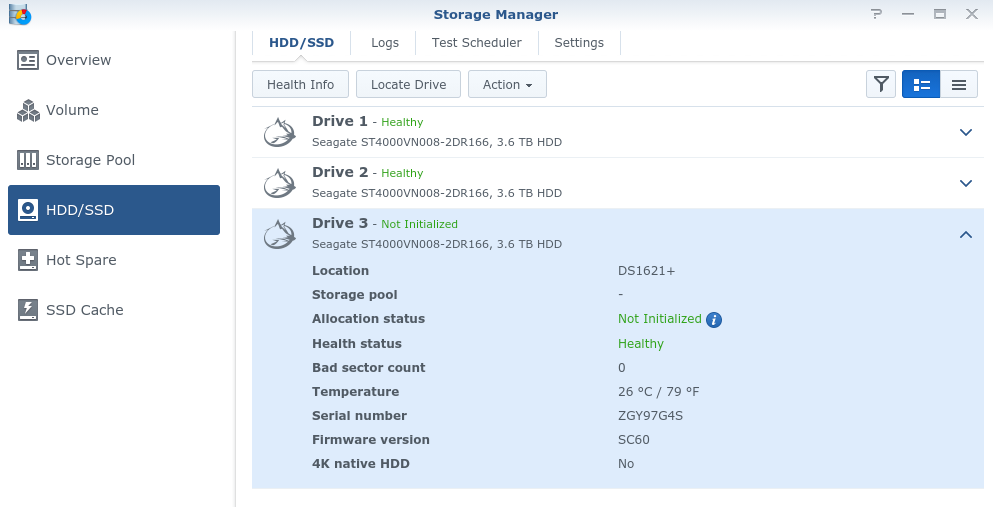 Adding the new drive to the storage pool 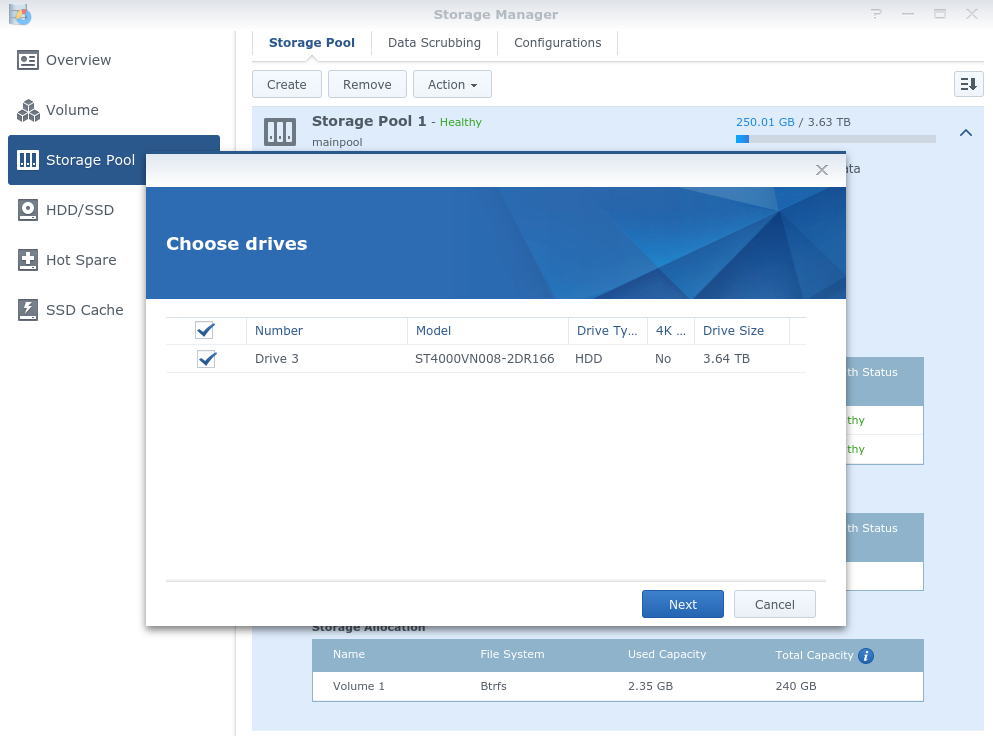 After a warning about any data being erased on the new drive, I was presented with a summary before proceeding: 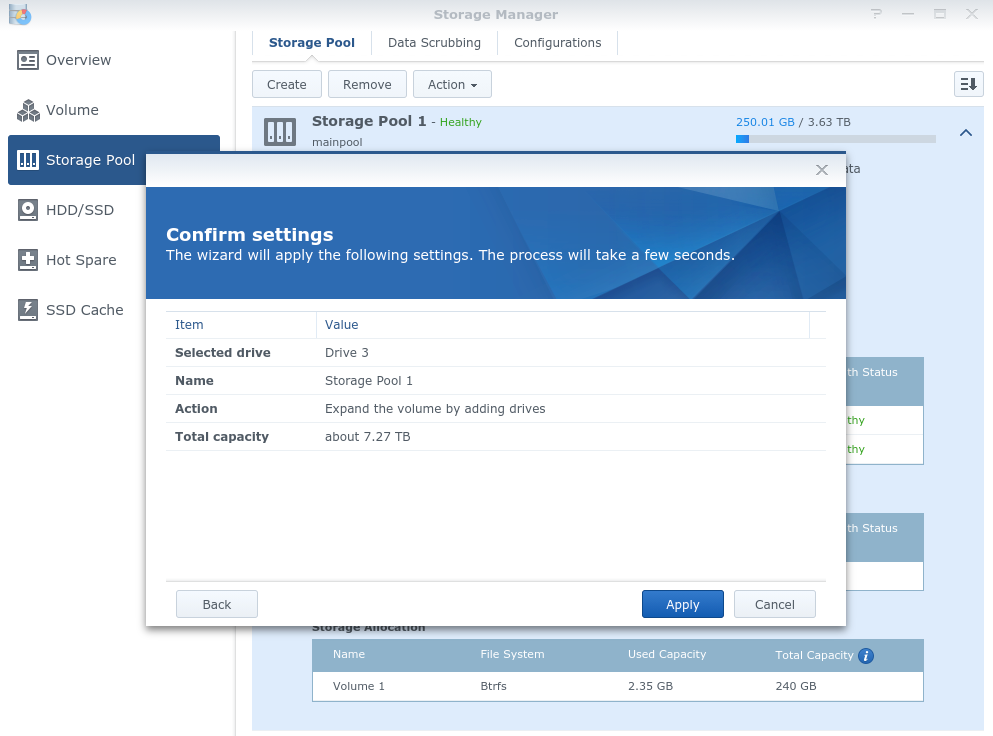 The result was as expected. The storage pool had this new drive listed, and went into an "Expanding" status (note the capacity is not yet shown as being increased): 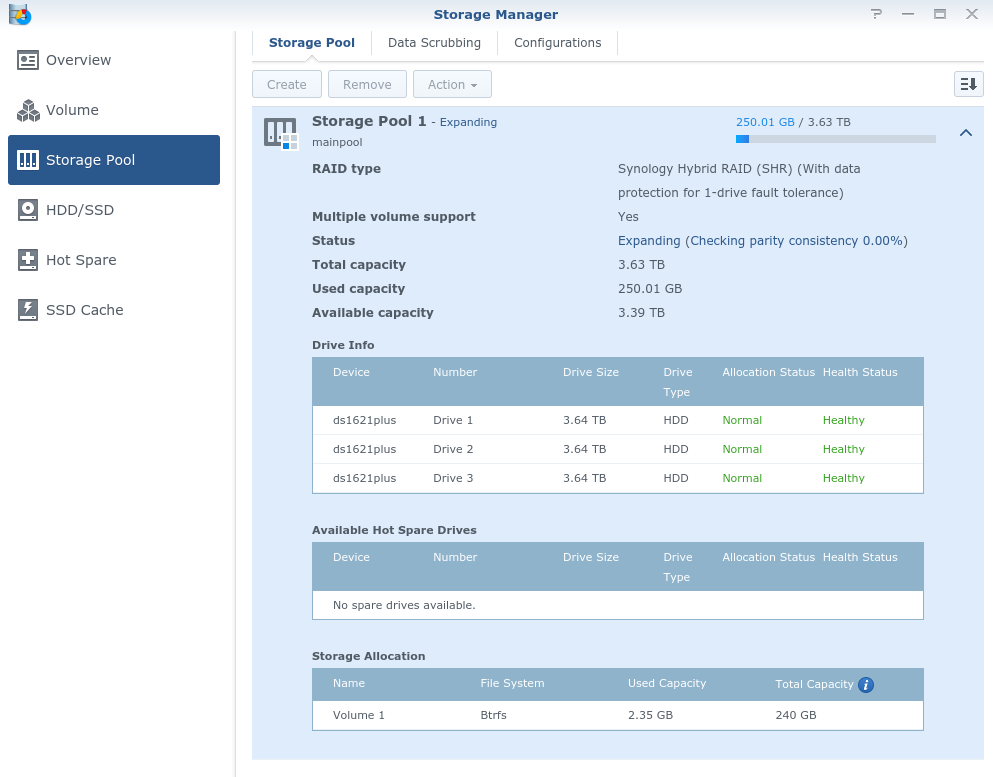 Checking back over in the "HDD/SDD" display, the drive status has gone from "Not initialized" to "Healthy", and is showing an assignment to Storage Pool 1.

That was pretty much it - it wasn't an unexpected flow, but I was curious as to what would happen and how it would happen. Perhaps this helps someone who is also wondering. I've been writing this as I've been working through the flow, and now I've come to the end of this post, the status is still "Expanding" and shows that it's still less than 1% through a check of parity consistency - so it has a long way to go yet. I think I now realise why a "Hot Spare" might be useful. Anyway, I'll bring this post to an end now, and update it when the status changes.

Update: 12 hours later, it's still at it - the status of the storage pool is "Expanding (Checking parity consistency 47.33%)". Some way to go yet.

Further update: It's the next morning, and the storage pool is now showing "Healthy" again, and its new expanded state of 7.27TB: 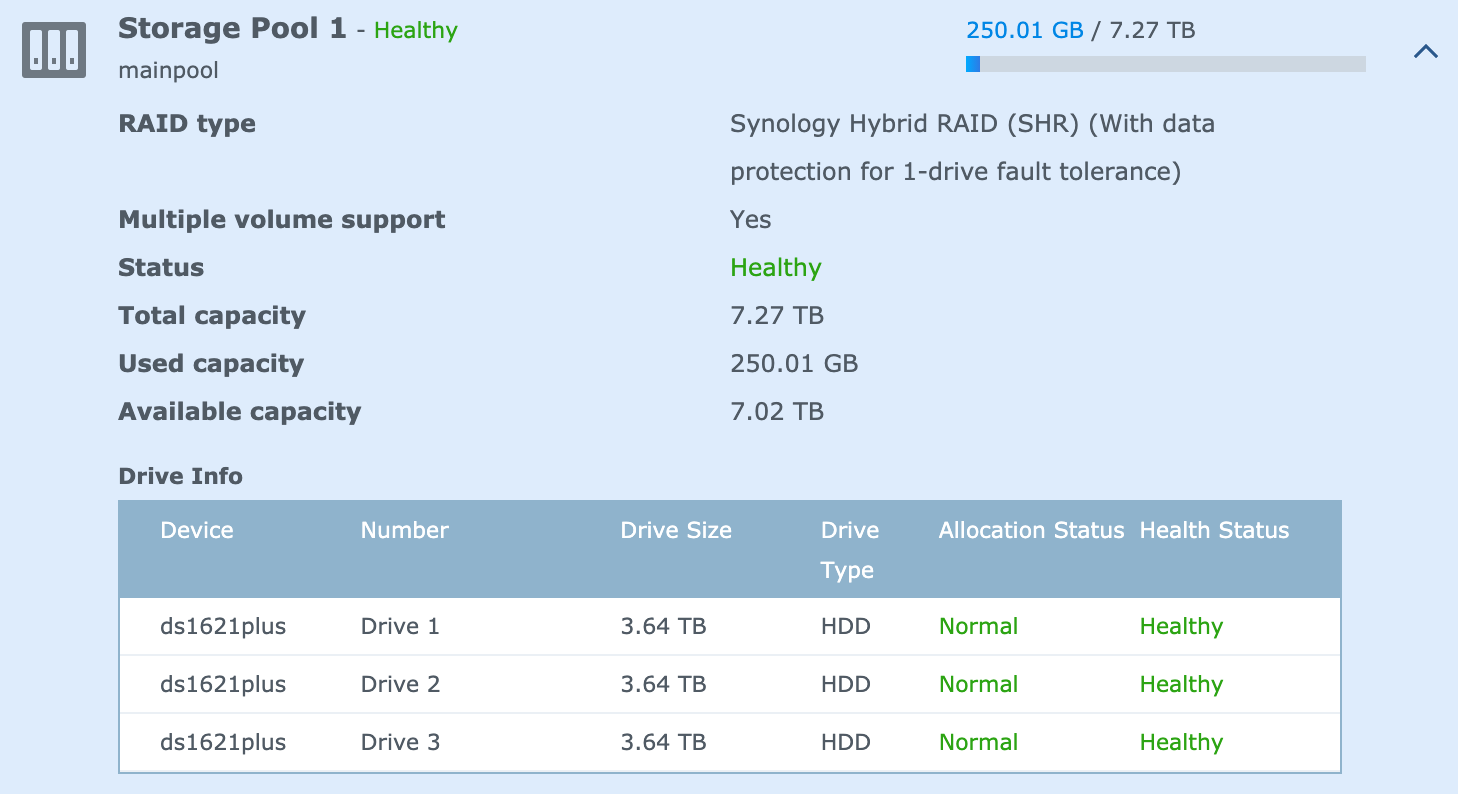