I first encountered SAP in 1987, where, fresh out of university and following an induction course for new graduates at Esso Petroleum in London, I started work in the Database Support Group, which looked after everything related to the database management system that Esso ran on their IBM big iron mainframes. This system was IMS, and my first task was to create a backup and recovery suite for the project that was starting out on the floor above, a project that had over 100 individual IMS databases. That was a lot of data, and a complex backup and recovery suite!

It turned out that the project was Esso's first implementation of SAP, in the form of R/2 release 4.1D. A short time later I joined the project and entered the (early) universe of SAP technology. This was before ABAP came along, which was actually fortunate, as I got to learn and use IBM's 370 assembler, in which R/2 was written. The design of the architecture, and the codebase underlying the application modules in R/2 was both fascinating and beautiful. (Incidentally it was from within the R/2 assembler framework that I took my online nickname "qmacro"). Combining that with the wonders of all things IBM mainframe (the MVS operating system with tools such as TSO, ISPF and JES2, IMS DB/DC, and of course JCL) and I was hooked.

Fast forward just over three decades. In that time, I've stayed with SAP technologies in roles as diverse as Basis Technician, Application Developer, Integration Expert, Trainer, Backend Programmer, Frontend Programmer, Consultant, Mentor, Troublecauser and Tea Maker, at end customers large and small, partners large and small, sometimes as a contractor and sometimes as a permanent employee. I've also spent a couple of periods at SAP as an external colleague, first in the 1990's on the IS-Oil project, and more recently on the UI5 team. 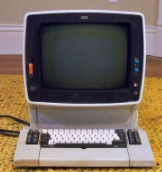 My interest and passion for SAP technologies has only grown since those early days where my workstation was an IBM 3278 terminal.

SAP technology has changed, some technical directions have come and gone, others have stayed and gotten stronger. One lovely development which continues to grow is SAP's embrace of open source and open protocols, something that's close to my heart.

But what's remained most prominent across the years is the human aspect - the people at SAP are what have made a difference. I remember back in the late 1980's talking directly to the developers of the R/2 batch programs (most memorably in the RA - asset management - module) and exchanging ideas. I also remember site visits from heroes of mine such as Dr Alfred Klar who was at the heart of everything that SAP relied on in IMS terms.

Today is actually no different, which is wonderful. Just yesterday I was corresponding with core developers from the SAP Cloud Platform Workflow service team on nuances of the implications of an HTTP 302 response on POST requests. And last week I was enjoying a couple of craft beers with some of my all-time heroes from the UI5 team in Mannheim.

So with all that in mind, the next and best logical step for me in my career is to become part of the family.

I'm really happy and very proud to say that I'll be joining SAP's Developer Relations team next month, reporting to Thomas Grassl and working alongside some fabulous people. What's more, the recent announcement of the move of Thomas's team, along with the SAP Community, which I helped give birth to all those years ago, to the CTO organisation under Björn Goerke, makes things extra special.

Finally, it seems fitting to title this post "Coming Home", as I think that's a good description of what I'm doing.