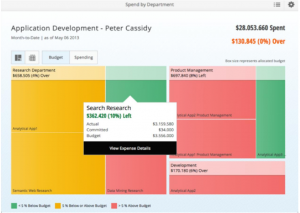 I’m currently writing this episode of This Week in Fiori (TWIF) on a flight from Manchester via Philadelphia to Portland for O’Reilly’s Open Source Convention OSCON. It’s a super conference on all things Open Source and I can heartily recommend it.

Back in 2001, 2002 and 2003 I attended OSCON and spoke on the subject of SAP and Open Source. 2014 has come round and I’m back, this time on the subject of OpenUI5, the Open Sourced version of SAP’s UI5 toolkit. Along with a couple of friends & SAP colleagues Andreas Kunz and Frederic Berg, we’re giving a tutorial on the subject: Discover OpenUI5 – The New Web UI Library from SAP, as well as a presentation.

So I’d like to start the week by giving a couple of pointers to background material (“UI5 Credits” and “The Essentials”), to help you get a good idea of the Open Source software upon which UI5 is built. And of course, it’s upon UI5 that SAP Fiori apps are built.

UI5 Credits by the UI5 team This part of the UI5 Software Development Kit (SDK) lists the libraries, toolkits and other software in the Open Source domain that are used to power parts of UI5.

The SAP Fiori Client was designed with performance in mind; amongst other things; for example, it caches the runtime to reduce startup costs. Since the initial release there’s been an update, described in this post. The update contains bug fixes and relatively minor new functionality, but it’s a good sign that maintenance is ongoing. The SAP Fiori Client is definitely worth a look.

The SAP Fiori Fit: Part 1 – Your Fiori Strategy by Molly Maple This is a nicely balanced piece in the SAP Mobile section of the SAP Community Network site. It talks about what SAP Fiori is (a “UX toolkit”) and what it isn’t (a “mobile platform”). It talks about the orthogonal styles of application delivery: Function-oriented (found in the traditional “dynpro-style” apps) and task-oriented (exemplified by the SAP Fiori apps themselves). And it covers some of the current benefits and shortcomings of Fiori when compared to the SAP Mobile Platform.

HR Renewal & SAP Fiori Q&A Transcript by Jeremy Masters SAPInsider ran a recent Q&A session focused on HR Renewal, Employee Self Service / Manager Self Service (ESS/MSS) and SAP Fiori. Being a chat-based Q&A the questions and answers are all available. Folks asked about the ease of implementation, about the relationship with, and future demise of WebDynpro, and of course the Portal conundrum, made more interesting by the arrival of SAP Fiori’s Launchpad. Reading this Q&A gives you a good insight into what your peers are really thinking.

Of course, I have to take some slight exception to one of Jeremy’s answers regarding a reference to “web services” and Gateway :-)  Yes, OData has the concept of a service document, and it’s on the web (HTTP) but the specific phrase “web services” conjures up something altogether more complex and heavyweight (and less RESTful).

Well that just about wraps it up for this week. And while I’m thousands of feet over the Atlantic, currently somewhere due south of Iceland, I wanted to leave you with an observation: It seems that each week, new companies and offerings are appearing in the SAP Fiori arena. Webinars (yep, we hosted a webinar on Understanding SAP Fiori last month), demonstrations, Q&A sessions, fixed price implementation services and offers of free prototyping.

The best I saw this week was a statement from an SAP technology consulting company in the US, where the SAP Fiori practice lead claimed to have “five years plus of SAP Fiori focused delivery”. Seeing as SAP Fiori has been around for less than two years, that’s quite impressive! :-)