I just returned from FOSDEM, the conference for free and open source software developers that’s held annually in Brussels. It’s a super event that has a long pedigree already, and has managed to remain true to the hacker culture and spirit that pervades the open source world. Innovation, scrutiny, sharing and collaboration are the bywords of this culture.

I have attended FOSDEM a number of times over the years; in the early days in my capacity as a Jabber / XMPP programmer, and these days more generally, but this time it was specifically about OpenUI5. 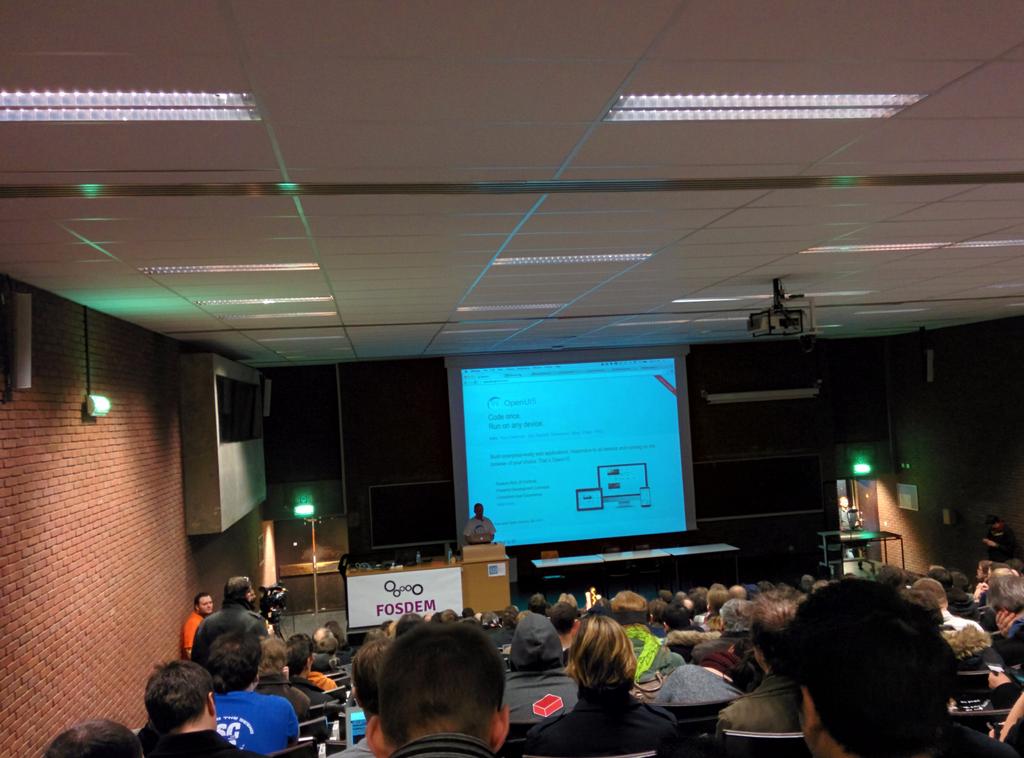 SAP’s open sourced UI development toolkit for HTML5 is SAPUI5’s twin with an Apache 2.0 licence. SAPUI5 is the basis for SAP’s UI innovation and with what SAP Fiori apps are built. Although still relatively young, it’s a very accomplished toolkit, and one I was eager to share with the open source developer community at large.

I spoke on the subject of OpenUI5 in this talk:

A Whirlwind Introduction to OpenUI5

and it was very well received; the room was packed and there was some great feedback. It wasn’t difficult talking about a product from such a great team, although to add extra spice, I’d decided not to use any slides, and instead, do some live coding on stage. 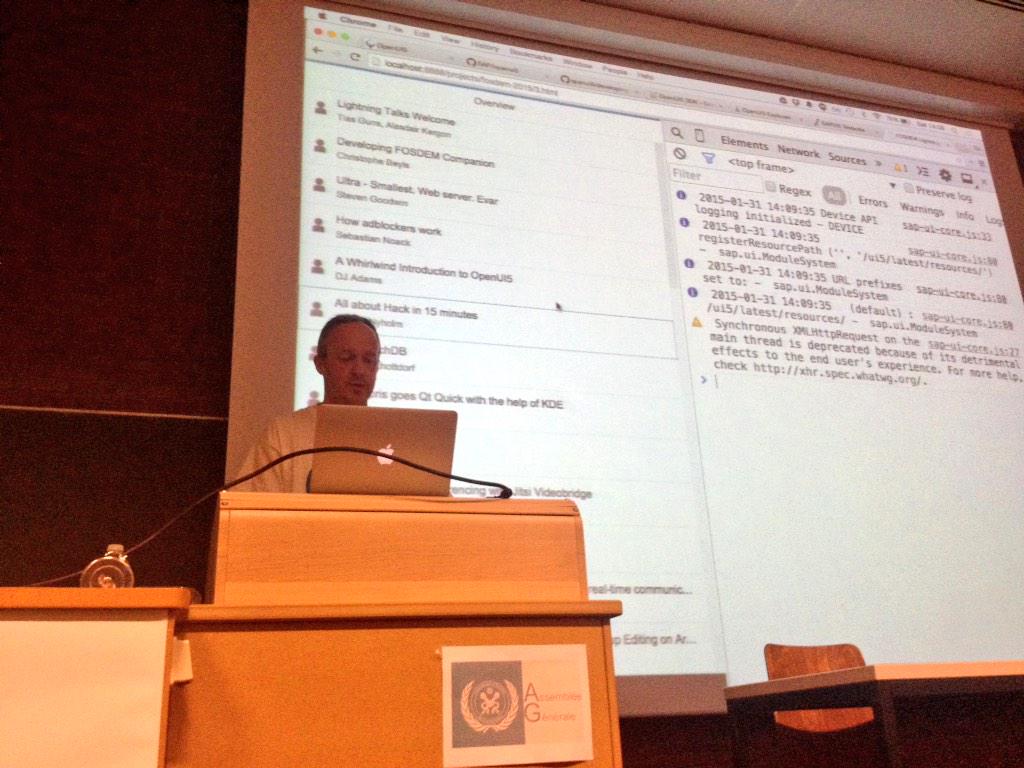 I had deliberately set myself up for a fall, showing how difficult it can be to built hierarchies of controls in JavaScript, which then set the scene for my favoured approach of defining views declaratively, with XML being my favourite flavour in that vein. Luckily the audience seemed to appreciate the in-joke, and not everyone thought I was an idiot :-)

I’ve made the source code of the app I built on stage available on Github, in the fosdem-2015-openui5 repository.

The SAP folks had an OpenUI5 booth at FOSDEM too which was staffed by a few of the real UI5 developers, so the conference attendees were able to learn first hand about the toolkit from the source. The booth saw a nice increase in traffic after my talk, which is a great sign.

SAP has had a presence at many conferences in the past few years, but this one resonates particularly with me, as some folks might think that the SAP and open source worlds are far apart. How wrong they are. Onwards!