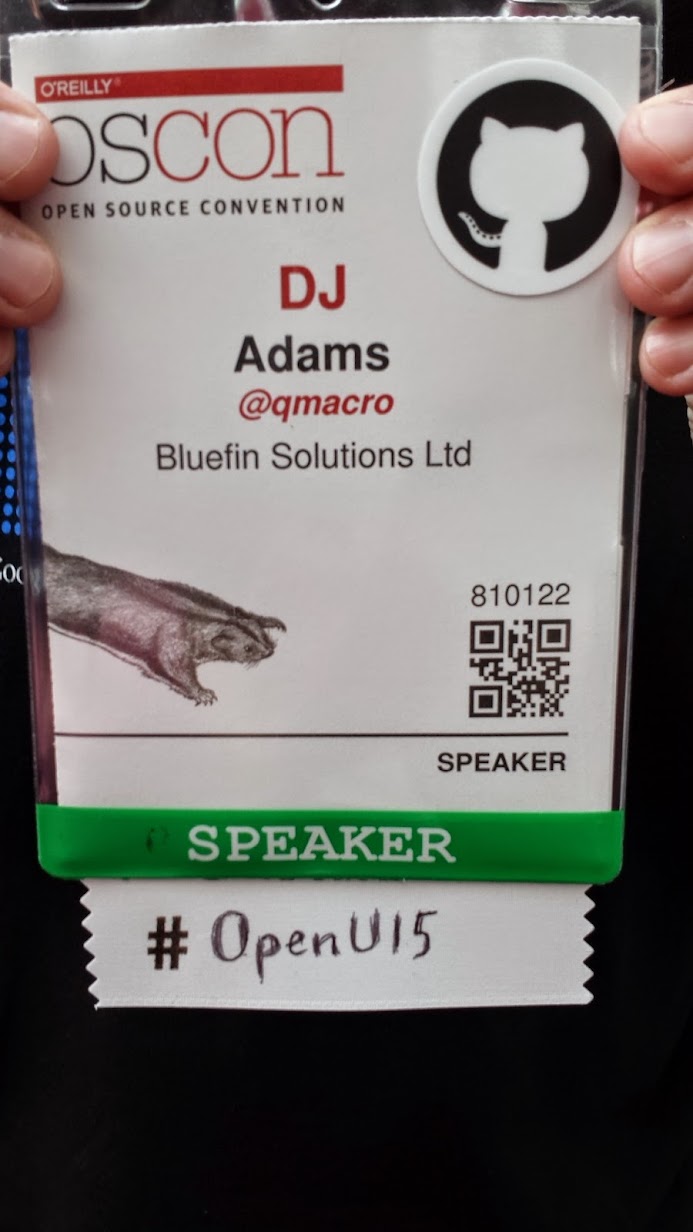 Well what a week that was. I spent it in Portland, Oregon, which for me being a fan of great coffee and great craft beer, was a fantastic city to be in. It was in Portland that O’Reilly’s Open Source Convention (OSCON) was held, and I was there helping SAP tell the world about OpenUI5 – you can read more about that in this post: “OpenUI5 Tutorial at OSCON 2014“. As usual, there’s lots to talk about, so let’s get going with this week’s TWIF picks.

Oracle Ships Nearly 60 Mobile Apps for JD Edwards by Chris Kanaracus What’s interesting about this news is that there are many parallels with the SAP Fiori initiative. The apps that Oracle has released are free, and they’re task focused. One of the underlying design principles of Fiori is that the apps are task based – a person with a given role needs to perform a specific task. This not only makes the apps simpler, but it makes them more appropriate for mobile use, where often the available focus time is shorter than when you’re sitting in an office. And of course, after the pressure from customers, SAP Fiori apps are free too.

Finally, depending on your perspective, the fact that these apps are available in app stores is either a net positive or negative. For me, the appeal of Fiori is that it’s (a) cross-platform/device, rather than restricted to mobile devices and (b) hackable. This latter feature is why SAP applications, in my opinion, have been so successful in incarnations going right back to R/2, where I started – the source code is available to copy or modify.

**SAP Enterprise Portal 7.4 SP7 – SAP Fiori Launchpad on the SAP Portal and more by Aviad Rivlin **It’s no secret that the SAP Fiori Launchpad and the SAP Portal both operate in a similar space – high level consolidated access to functions and applications in SAP backend systems. There’s a some confusion over SAP’s strategy in this area, and a lot of questions exist. From my perspective, the two initiatives are converging, from both technical and functional points of view. This post goes some way to help further clarify, or at least give some background to SAP’s attempt at aligning the user experience of both Portal and Fiori Launchpad.

More Fiori! New Updates to SAP Fiori Rapid Deployment Solutions by Bob Caswell In TWIF 2014-28 I wrote about the Rapid Deployment Solutions (RDS) that SAP brought out earlier this year in the Fiori arena. This week there’s an update to the solutions that SAP offer, with more apps covered, a greater emphasis on user experience adoption, and perhaps most significantly for me, an added focus on Gateway. SAP Fiori apps are nothing without OData, and for the ABAP stack, the SAP Gateway product is essential.

OpenUI5 MultiComboBox First Look by me Remembering that SAP Fiori apps are built with OData on the backend and with UI5 on the frontend, I thought I’d end this week’s TWIF with a link to a short (12min) video that explores a specific UI5 control from the sap.m library.

Just before OSCON, version 1.22 of OpenUI5 was released. This was a huge release with many new features. OpenUI5 is the Open Source version of SAPUI5 upon which SAP Fiori apps are built, of course. And specifically SAP Fiori apps, being responsive by design, are built with controls from the UI5 library that contains the responsive controls, namely sap.m. This library gained a number of new controls in the 1.22 release, and this video explores just one of them – the sap.m.MultiComboBox control. Even if you’re non-technical, this video will hopefully give you an insight into the small but perfectly formed building blocks of SAP Fiori apps.

Well that just about wraps it up for this week. Until next time, share and enjoy!