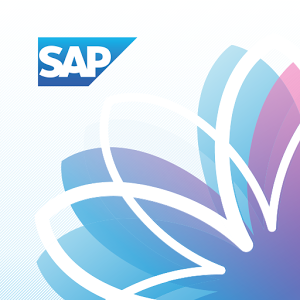 The interest in SAP Fiori and the User Experience (UX) renewal at SAP is growing week on week. Ever since the launch of SAP Fiori Wave 1 back in summer 2013, with 25 Employee Self Service / Manager Self Service (ESS/MSS) apps, the momentum has been growing. Not surprising, given these things:

Moreover, with the announcement at Sapphire 2014 in Orlando this year that SAP Fiori, along with SAP Personas, are now included in the existing licence and no extra fees are applicable, that interest has changed gear completely. As a result, there are plenty of articles to read; I thought I’d share my top picks of articles and posts that are doing the rounds right now.

How SAP is Reinventing the User Experience by Sam Yen. This is a Q&A style interview with Sam that was done a couple of months back, but it’s a must-read not only given the recent Sapphire announcements, but also because it underlines the clarity of statement for SAP’s UX and User Interface (UI) direction. Regarding strategy, Sam states: “With SAP Fiori, we’re able to say ‘This is the future direction of the SAP experience’. All SAP solutions are going to be converging in this direction“. This nicely echoes a piece I wrote in 2012 – “SAPUI5 – The Future Direction of SAP UI Development?” … around a year before SAP Fiori was announced. It was clear from the state and potential of the UI5 toolkit even back then that the HTML5-based outside-in UI paradigm at SAP was here to stay.

Becoming Simple takes focus – now Fiori and Personas are free – how do you target your UX efforts? by Jocelyn Dart. This is a good in-depth piece which talks about UX, a subject relatively unknown in the SAP world until recently. There’s an interview with two folks in the SAP UX space, one coming from SAP’s Design and Co-innovation centre and information on SAP’s UX Advisory service, which is designed to help customers shape their design skills and strategy.

**Fiori Changes Perception of Campus Life! by Rob Jonkers. **Earlier this year I flew to SAP Labs Palo Alto to attend a board meeting in my role as a member of the SAP Developer Advisory Board. While there, I chanced to meet some of the members of HERUG – the Higher Education & Research User Group. This is an interesting and well established group within the SAP ecosphere, and they have their own focus, goals and direction. But what makes them part of the ecosphere is their common interest in UX and this post captures that very well. The breadth of functional coverage for Fiori is huge.

The Fiori Design Principles by Kai Richter. In my role as an SAP Mentor I’m lucky enough to be able to attend and sometimes speak at some internal events, one of which was DKOM last year, where I saw Kai Richter speak. Kai is part of a large team of designers at SAP who are responsible for the UX that SAP Fiori brings. The members of the UI5 development and design teams are heroes of this new SAP era. This is a short article but captures nicely the principles and the essence of what Fiori means from a chief designer’s perspective.

If you have any must-read Fiori articles, let me know!