Is tarpipe.com an early example of a “Programming 2.0″ concept?

I first read about Tarpipe from Curt Cagle’s "Analysis 2009". In turn, Curt points to Jeff Barr’s post which describes the concept and the implementation very well. It’s a fascinating concoction of Web 2.0 services and visual programming (in the style of Yahoo! Pipes), and in its beta infancy has that great “wow, imagine the full potential!” feel to it.

Here’s an example of what I’ve been playing around with. With my phone — and with the Google G1 phone it’s so easy — I can snap a picture of the beer I’m drinking, and email that picture to a Tarpipe workflow, along with the name of the beer in the subject line and a list of tags rating the beer in the body.

The workflow uses the existing Tarpipe connectors to:

All in the space of a few clicks and drags! Here’s a shot of that workflow (with a couple of connectors partially obscured — it’s a known bug in Tarpipe): 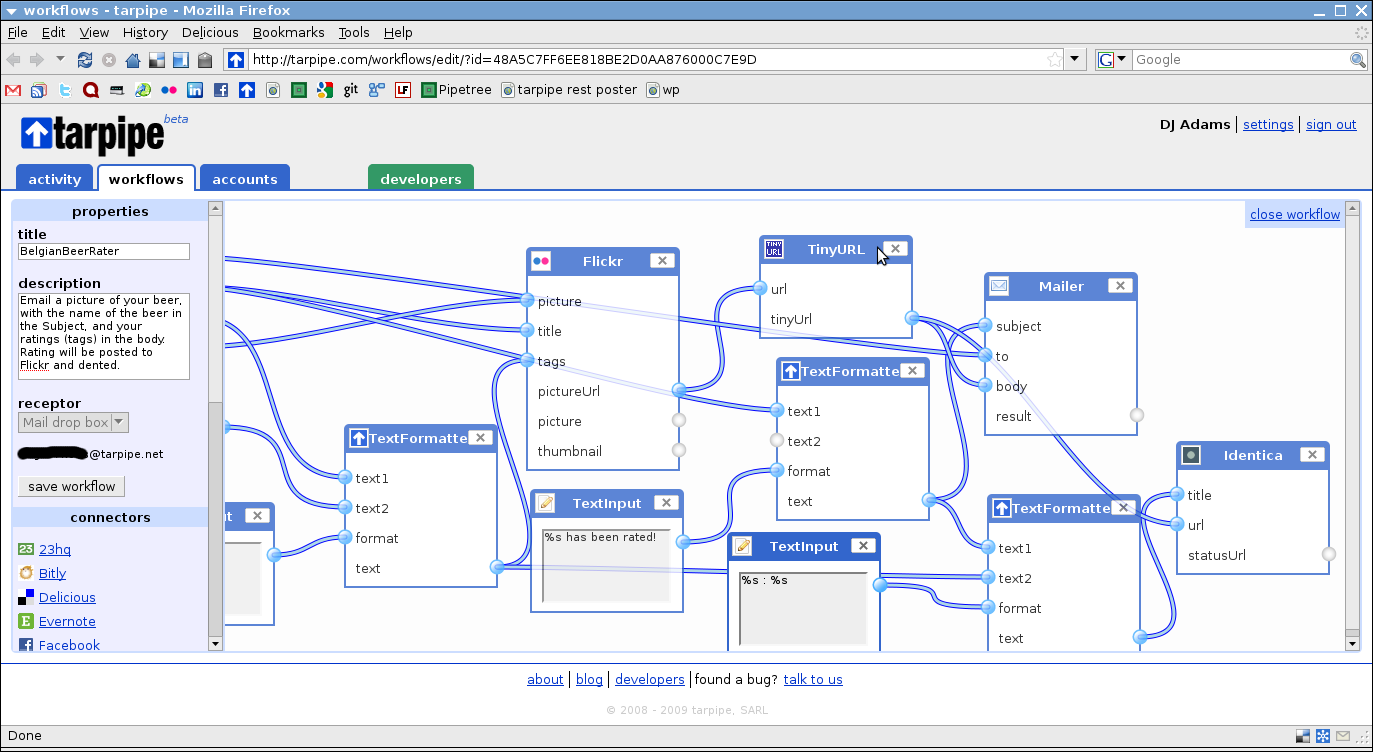 But what’s more fabulous: Tarpipe has been ideal for my son Joseph to start up with programming, with me. And he finds it really interesting. Visual, direct feedback, using and connecting things and services he understands. Gone are the days of

on black and white low-res displays.

After explaining a few concepts, Joseph was totally up and away, building his first workflow which is pretty impressive! (I’m a biased, proud dad of course :-) And now we’re off looking at Yahoo! Pipes too, and he’s asking how we can link the two services together.